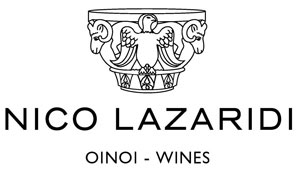 For a quarter of a century NICO LAZARIDI winery has devoted itself solely to one business: wine making!

NICO LAZARIDI has set itself the mission of offering to people worldwide the best of Greek wine in terms of quality and safety.

By drawing on the diversity of its Greek products and the richness of the Greek terroir and thanks to the complementarity of its portfolio,NICO LAZARIDI has made the quality wine-making its project for the years to come.

It all began in Eastern Macedonia, Greece in the 1980’s, when in the early years of that decade Mr. Nico Lazaridis decided, parallel to his successful business route in natural decorative marbles, to create a winery. His idea to become a wine-maker was illuminated by his faith in the winemaking tradition of the region and his confidence in its revival.

In 1987 we saw the creation of NICO LAZARIDΙ, the first wine-producing facility in the Drama region, in Northern Greece.

An ancient tradition had been regenerated and the wines bearing the label CHÂTEAU NICO LAZARIDΙ immediately won the esteem of wine-lovers all around the world. Aiming at the exploitation of the products of the broader Macedonian land, in 2000 the winery of “MACKEDON” was constructed in the county of Kavala and is based in the municipal district of
Platanotopos at the feet of Pangeon Mountain, where lies a 10 hectares vineyard.

Today, in our 2 modern wineries we produce our quality wines eachyear, exporting 30 % of our production.

Our wines offer a genuine taste of the grapes from both international and indigenous varieties.