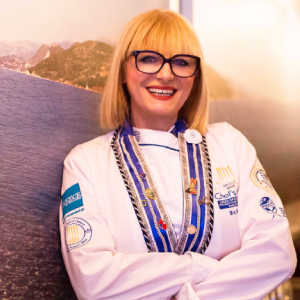 Corporate Executive Chef, entrepreneur, philanthropist, and restauranteur Maria Loi brought her wisdom to America seven years ago, where she operates her namesake restaurant “Loi Estiatorio” in New York City. She has created a line of Loi Products available at Whole Foods Market, including pasta, dips, honey and extra virgin olive oil, all carrying the Loi name.

Corporate Executive Chef Loi is the author of numerous books, including ”Ancient Dining”, the official cookbook of the Athens 2004 Olympic Games and her most recent book, “The Greek Diet”.

She has also shared her cuisine and wisdom on countless television shows and charitable events, as well as at the White House for President Barack Obama and 250 of his honored guests, in 2012.