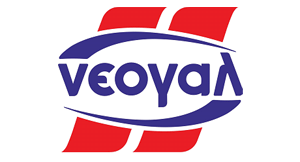 The Dairy Industry of Drama SA with distinctive title “NEOGAL” was founded in 1964 in Drama and is one of the first dairies in Northern Greece. The company produces dairy products (milk, yoghurt, sour milk, butter, Feta PDO, Semi-hard cheese.

The company receives daily cow’s and goat’s milk from the milk pre-cooling stations in each partner breeder and then transferred to tanks owned on the company premises in Drama for processing.

The NEOGAL sells its products in Eastern and Central Macedonia, Thrace and in Athens. The distribution of products is also proprietary distribution network of the company.