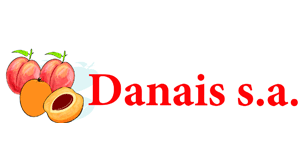 Danais s.a. Was established in 1979.The company has two modern industrial units.

The first is on the 10th km of old National Road Argos-Tripoli, 150 km southwest of Athens, where is the production of apricot products. The area of production and storage facilities occupy area 11.000m ² in total 25.000m ².

The second plant is located on the 4th km of road Skydra – Aridea, 80 km west of Thessaloniki, where is the production of peach products. The area of production and storage facilities occupy area 28.000m ² in total 80.000m ².

Purpose of the company is the production of canned apricots and peaches in different grades and packaging 1/2kg, 1kg, 3kg, 5kg, in aseptic drums (halves, slices and cubes) with ohmic pasteurization system in a package of 200 liters, and apricot and peach puree single and concentrated in aseptic drums of 200 liters.

The lines of the two units consist of stainless modern machinery capable of processing 10/12 tons / hour apricot and 20-25 tonnes / hour peach.
The company produces 30.000-35.000 tonnes annually exported to European countries, in the U.S.A., Russia and the Middle East.