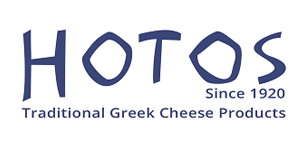 The Hotos family tradition in cheese-making stretches back three generations, namely to the early 20th century.

It was back then that grandfather George Hotos perfected the secrets of Feta and Manouri cheese-making, drawing from the accumulated knowledge of the tradition of the people of the mountainous region of Samarina.

These family secrets were passed on from generation to generation, and to the present day.

With respect to the traditional way of production and to the quality that made them renowned, Hotos Cheese products stand out for their rich and full flavor, and have become a favorite among Greeks.