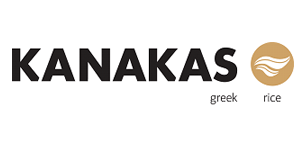 KANAKAS BROS LTD, is a company dedicated to developing and exporting top quality Greek rice of all indica and japonica varieties. Company has intense export activity in many countries mainly including Eastern Europe and Middle East. At the same time, and while company has been traded exclusively on foreign markets, there is also a dynamic penetration into domestic market.

KANAKAS BROS LTD, is a company which the last four months has almost tripled the number of employs it has, contrary to existing market conditions. The company has rented the Macedonia rice mills, which is the biggest rice mill in Greece and one of the biggest rice Milles in Europe. As a result KANAKAS BROS LTD is now responsible for the factory and all its operations.