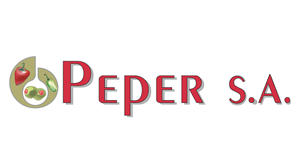 The industry of PEPER S.A. has been established in 2000. The owners have scientific constitution and they are two agriculturists’ engineers, a mechanical engineer and an architect mechanical.

It is, also, situated in the central of the bigger campaign of Greece .The area is exclusively agricultural without industries.

The peppers are cultivated by producers from the area of Trikala and Karditsa , who are famed to be the best ones in the production of all types of pepper in Greece ,but especially of Macedonian type.

The cultivation of the peppers is directed by agriculturists of our company and all the producers have signed a contract with us.